Creating a System of Networked Intelligence for Lending 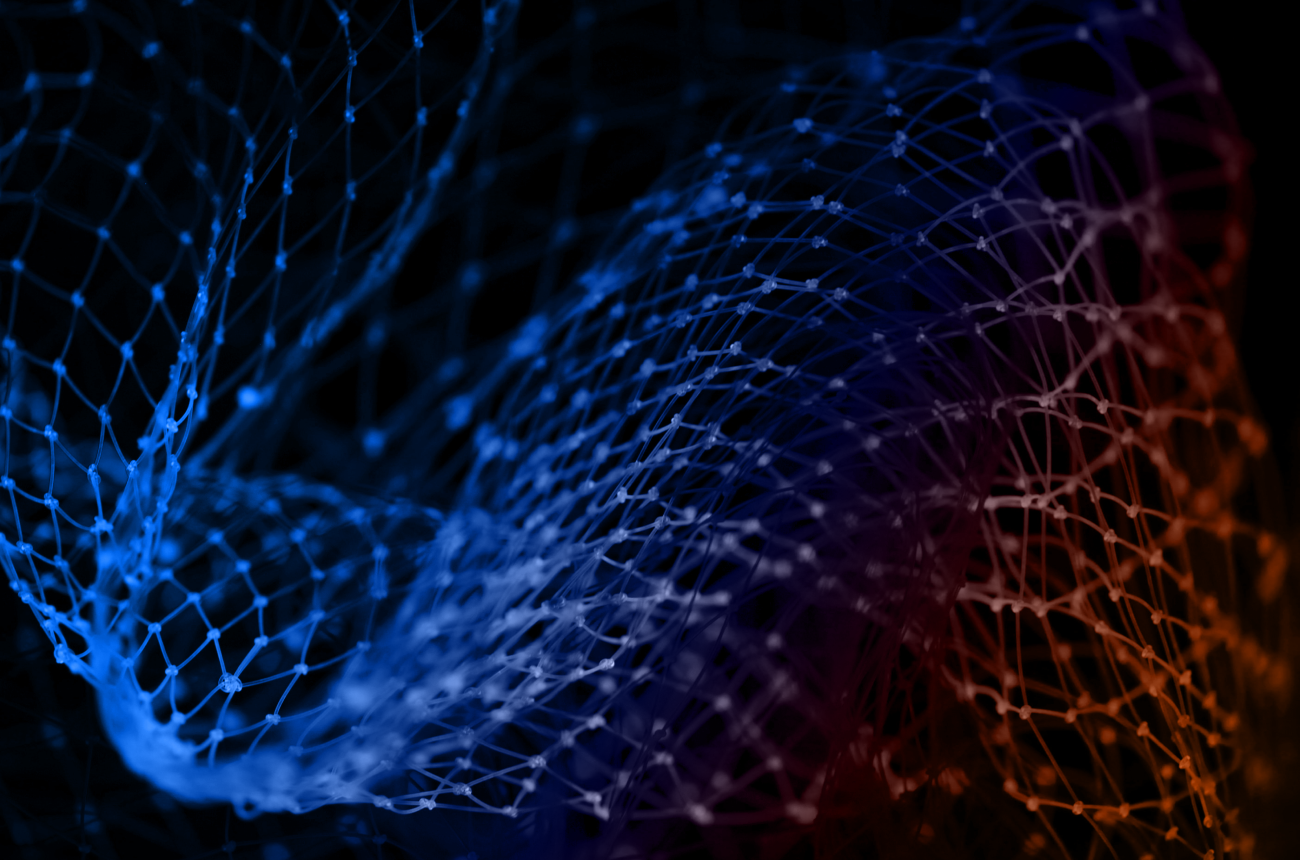 by Martin McCann, CEO and Co-founder at Trade Ledger™

Systems of intelligence create the opportunity to capitalize on logarithmic increases in business data to deliver new services that are exactly tailored to individual corporate needs and delivered exactly at the time they are needed, transforming commerce forever.

Business lending is not working today. Networked intelligence is needed.

Credit is not flowing where we need it to, to the small and medium sized enterprises (SMEs) that drive innovation and employment.

Today, there is a global funding gap of £1.2 trillion, defined as the shortfall between the capital SMEs require to grow their businesses and what they receive in lending, and that gap continues to grow. Today, despite years of strong global economic growth, bank lending to the mid-market and small businesses is still less than half the level before the financial crisis.

When people talk about “digitisation”, what they often mean is digitising processes — reducing or removing the human intervention in a given routine. While there is obviously merit in this — who, for example, would complain about faster loan applications? –it doesn’t go nearly far enough.

Firstly, digitising processes in the absence of rethinking the underlying product and services risks bringing all of a bank’s analog baggage with it. At a relatively minor level, this could mean doing a bit quicker a process which could otherwise be transformed or removed altogether. But, at a more serious level, it means extending the life of products that were built around bank capabilities, rather than customer needs. Take me, for example, I’m a small business owner, but I’ve never woken up in the morning and got excited about the idea of applying for a confidential invoice discounting solution, or a forfeiting solution for my new export business. So, even though I might now be able to apply for products with my smartphone, those products are still unlikely to be moulded around my business needs nor presented to me in a way that I find easily accessible.

But the situation is actually worse because SMEs’ needs are changing fast. If you think about that old adage about Uber, the world’s biggest taxi company, having no cars, it’s a bit of cliché, but it points to something fundamental: our economy has become increasingly intangible; today’s SMEs have fewer and fewer tangible assets. Nonetheless, bank lending against intangible assets is actually falling while lending against tangible assets continues to increase. That is to say, that putting existing products online is not just a failure to make them easier to consume or make them better reflect business needs, but also ignores the fact that those business needs are evolving fast, in turn creating a bigger disconnect between banks and their customers and exacerbating the funding gap.

But there is a better way

What digitisation should mean is capitalising on ubiquitous computing and networks to reinvent banking services.

Banks sit on huge amounts of data and, with Open Banking ushering in a new era of data sharing through APIs, access to potentially much more. What they need to do is analyse this data to create the insights to deliver customer intimacy, help customers make smarter decisions and solve customer problems, many of which the customer may not even know they have.

If we take the example of business credit, data provides the solution to the issue of lending against an increasingly intangible economy. As the economy continues to dematerialise, SMEs’ balance sheets will increasingly comprise accounts receivable and inventory. At present, banks struggle to lend against these assets because they don’t have enough data to be able to verify them, they don’t have enough data about the counterparty risks and they don’t have enough data about the changing status of these assets as they move through the value chain. But that is because banks are still trying to collect this kind of information in a clunky, manual, pre-digital way, which is too slow and costly and ultimately makes it uneconomical to lend against these assets. However, the technologies now exist to derive real-time information across these three dimensions — verification, counterparty risk, and status — which would allow banks to create new lending products appropriate for — native to — our digital economy.

Data is the glue that binds new services with new channels

But capitalising on data matters more than making money, it is an existential need for banks.

What we are now seeing in banking is what we have seen in other industries that have gone through a digital revolution — that manufacturing gets split from distribution which in turn gets split from customer interaction channels. The traditional core of financial services manufacturing will increasingly disappear into the background while banking services will increasingly get embedded into consumer channels. Basically, banking will be delivered through whatever messaging service you use today, which might be iMessage, WeChat, WhatsApp, Slack or whatever comes next.

The challenge for banks, which will determine whether they survive (at least in a profitable form) is to generate a level of value-add that will keep customers loyal even though they will be interacting through a third-party channel. To do so requires a re-architecting of the banks and their system architectures. Banks will need to introduce a system that sits between channels and manufacturing and serves up the intelligence that feeds great customer experiences, enables better decision-making and facilitates new types of value creation.

Effectively, what we’ll see is data used for customisation at scale: very tailored products and services to reflect individual SME circumstances and their context at any given time. The contest is not whether tech companies will manufacture banking products, they won’t. The contest is whether tech companies can take advantage of the split between manufacturing and distribution to move into the distribution of financial services without having to manufacture them, leveraging their cutting-edge analytical capabilities as well as their ownership of customer channels. Which parties will eventually win this contest we can only guess, but we will see a much more fragmented market going forward, where credit providers find specific niches they understand better than anywhere else which allow them to cater to them with higher levels of personalisation.

Introducing the new frontier of enterprise technology: systems of intelligence

The Eureka moment for me, when I realised that a fundamental change in system architecture would be needed, was when I concluded that the universe for financial services was completely disconnected from the universe for enterprise software. Nobody had really tried to look through the lens of what was required from a software perspective to deliver digital financial services and, up until recently, the technologies to make it happen were not mature enough either.

The key to a system of intelligence is a unified data model. This is essentially a standardised data model that can work across multiple disparate data sets, structured and unstructured, and provide the basis on which machine learning can work and generate ever-optimising insights for the bank and its customers.

But, essentially four technologies had to come together to make the overall system possible.

The first is cloud. Not only has cloud become truly enterprise grade, but now there are multiple players operating at that level, able to provide an infrastructure scalable enough to compute — and run machine learning — on massive datasets.

The second is APIs, which basically give us the ability to tap into lots of different data sources which were unavailable before. What has been so interesting for me is that, in a highly regulated industry, it has been regulators themselves who have been driving adoption towards the inflection point we have hit now.

The third one is AI and machine learning, where technologies have matured to point where, on top of standardised data, banks can derive the insights necessary to completely change the customer engagement model.

And then the last bit is robotic process automation, which provides omni-channel optionality to banks, essentially allowing the passage for any product to be originated over any channel.

So far, we have discussed the need for systems of intelligence in the context of individual banks, but the potential goes far wider.

In their first guise, systems of intelligence in lending will help banks gather, analyse and draw insight from their own data sets, which will enable them to better serve a critically underserved SME market. Practically, banks will be able to supply SMEs the credit they need to grow as well as introduce additional services, tailored to SMEs’ needs, to help them save time and improve their profitability.

But systems of intelligence are like operating systems that connect many to many, meaning that the value creation can go further, extending across an ecosystem of networked actors. Within business finance, the opportunity exists not just to connect banks with their customers, but banks with banks, corporates with corporates, corporates with complementary third-party services providers and so on. The system of intelligence is extensible to allow new services to be built on it, new data sets to be connected with it, such that with every new actor comes the possibility to better match needs with services and to create ever more value.

Right now, we must work to bring banks the data they need to lend against new types of businesses and business assets, so that we can bridge the £1.2trillion funding gap. But the system of intelligence we have created to do this will eventually go much further, linking together a network of mutually incentivised actors in a way that will turbocharge economic growth, bringing prosperity and social mobility to millions around the world. 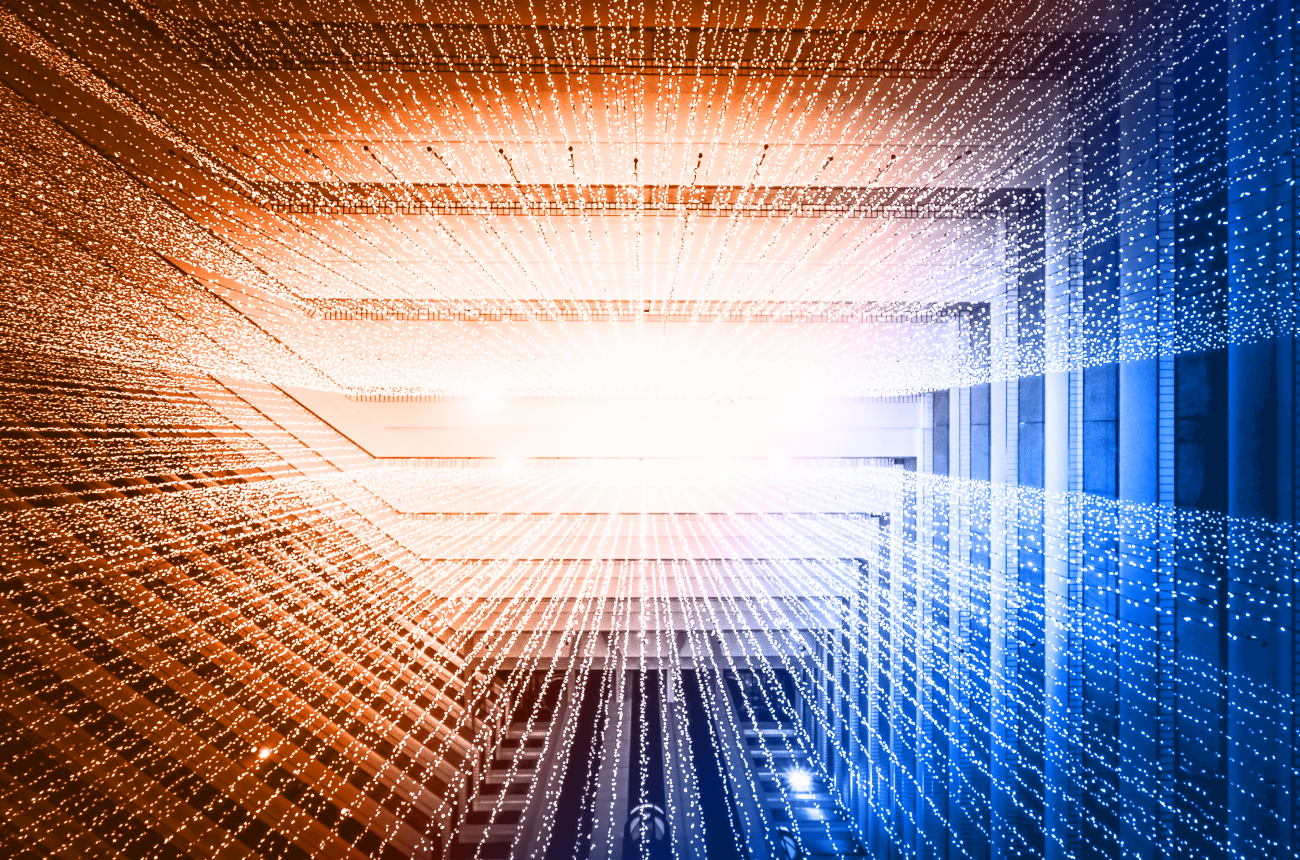 Open finance? The real value is in open-mindedness 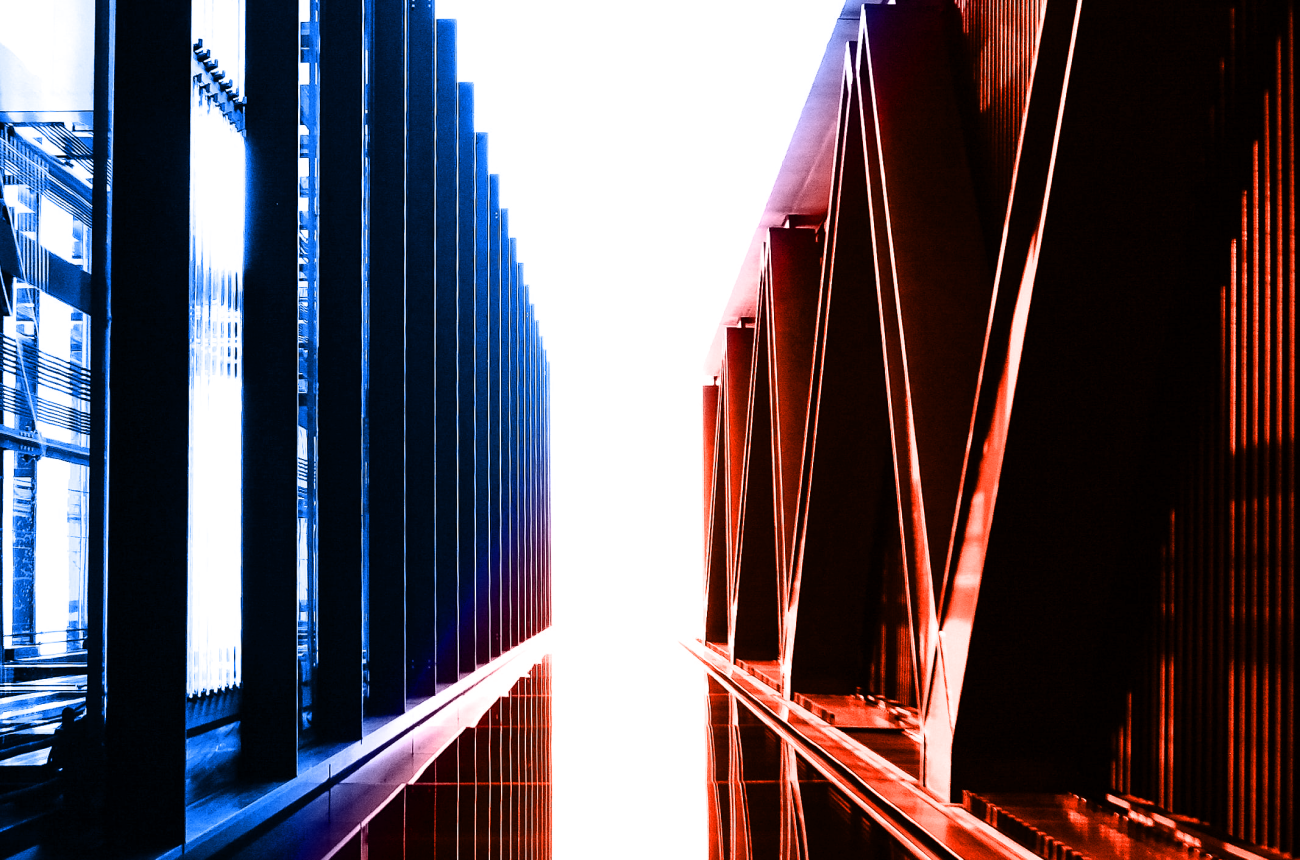 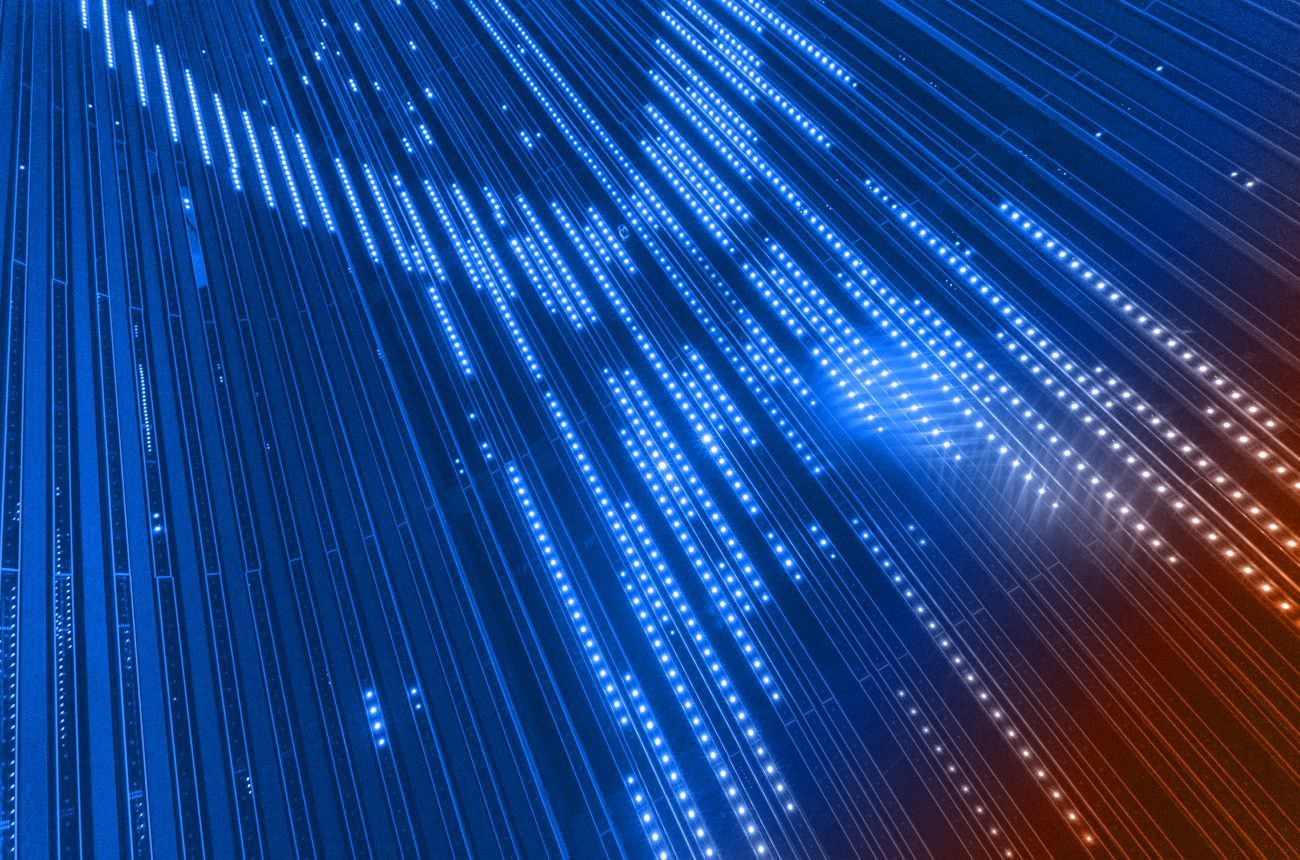