A golden age for invoice finance 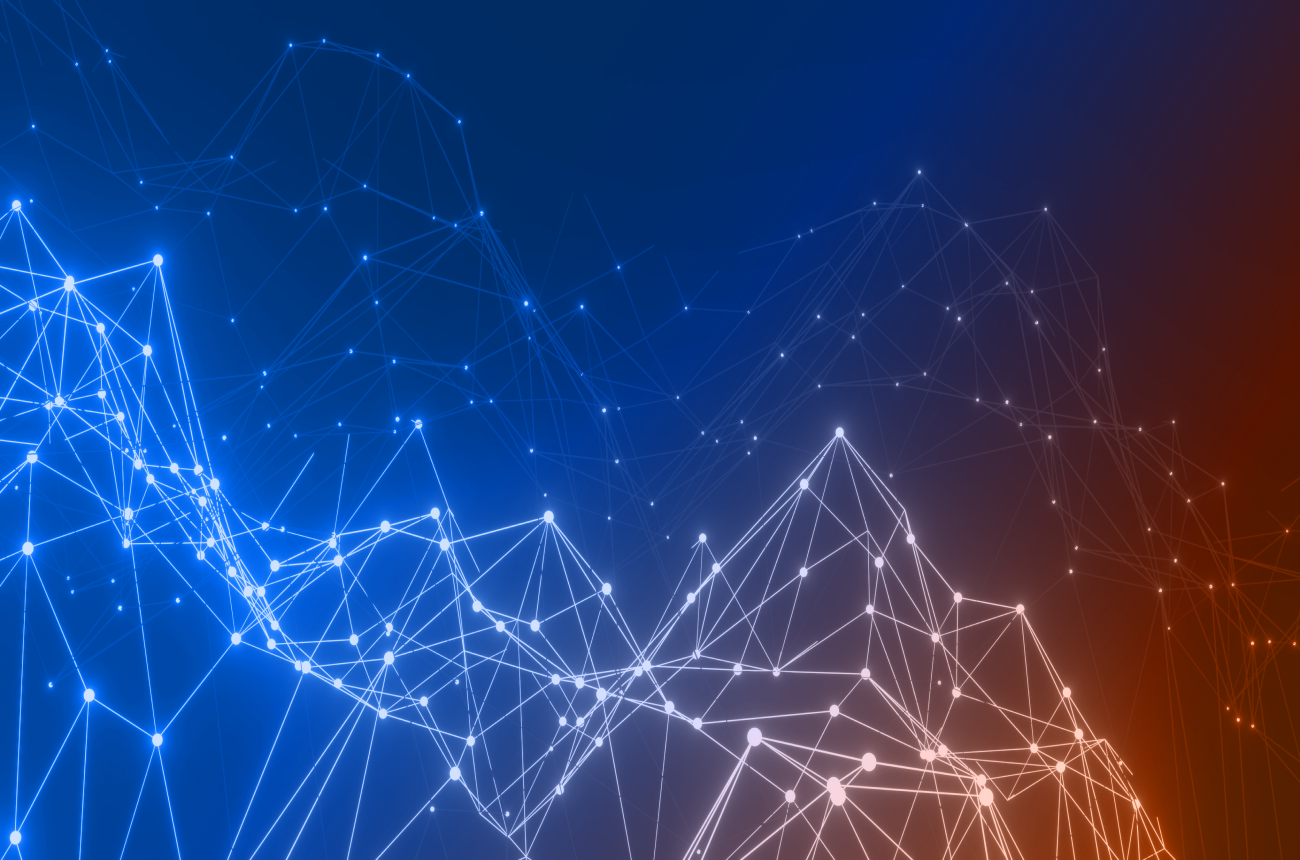 Why should invoice finance work as a product – and why are we entering a golden age? Conrad Ford, Chief Product Officer at Allica Bank, explains how it looks from a UK perspective.

If we go back to the aftermath of the Global Financial Crisis of 2007-8, governments wanted to make sure banks couldn’t put the economy in the same situation again. The Basel II bank capital regulations had proved hopelessly inadequate, and Basel III was devised to increase capital requirements and liquidity.

Basel III made it less attractive to offer overdrafts to small and medium enterprises (SMEs). This meant a huge reduction in the availability of finance for SMEs.

In the UK we were seeing a loss of SME overdrafts of £5m a day over a number of years – a halving.

This mattered because overdrafts are there for the cashflow ups and downs of a business. For example, between February and Easter in the UK, most hotels are burning through money – they have fixed costs and few guests. In retail, shops must stock up for Christmas before they sell.

So the loss of overdrafts should have been a great opportunity for invoice finance to step in as the financial buffer for SMEs.

It didn’t work out like that, because the product was harder to apply for and use. SMEs found they couldn’t just swap an overdraft for an invoice finance facility. Instead they took out short-term loans at high interest rates, which were often not the best option for them.

Nearly 15 years later, invoice finance products have changed little and customer volumes have flatlined, despite all the advances in technology since then. (The first iPhone was launched just before the Financial Crisis hit – and technological advances since then have been massive.) Sometimes it seems as if all that’s changed is that the invoice finance Business Development Managers are driving to client meetings in Audis instead of BMWs. Huge numbers of SMEs still don’t have the cashflow buffer they need.

And now we have a crisis of a different kind with Covid, and this time the big banks have been the heroes. They were the only distribution channel large enough to distribute the government loans that supported many SMEs during Covid disruption. They don’t get enough credit for this. There’s more effort to come for them. The number of loans they made was orders of magnitude greater than they’ve previously handled. Many SMEs won’t be able to pay. I suspect the banks’ operations will be overwhelmed with the workload.

So the parallels are there with the Global Financial Crisis – a huge dip in the economy, followed by aftershocks for years to come. Yet the consequences aren’t quite the same.

Consequence 1: First in, first out

For starters, in every recession, invoice finance is first in, first out. It’s hit faster than most lending products as businesses reduce trade with each other, so fewer invoices are raised. And then on the other side of the recession, businesses ramp up their activity and invoice finance picks up as a result. Invoice finance typically sees the green shoots before other types of finance.

Secondly, the Global Financial Crisis was notable for how few company insolvencies there were. Many companies turned into zombies. They were weighed down by debt, but nobody wanted to tip them over the edge and recognise the bad debts, and neither did governments who were owed taxes. But the zombies couldn’t invest enough to grow. This had huge consequences for the characteristics of the economy, which didn’t open up to new enterprises as fast as it could have through creative destruction.

But I suspect we are much less likely to see zombies in the Covid recovery. Many established businesses have got to where they are thanks to 20 or more years of hard work by their owners. They’ve just lost a couple of years of normal business to the pandemic, and many have had to take on huge new debts through government lending schemes. Their business needs a lot of work to get back to its former glory. It took them 20 years to establish the business and pay off their borrowings – and now they’re back in debt, almost back to where they started. They might well be weighing up whether to cut their losses, and retire earlier. My guess is that we will see many business owners bring forward their retirement plans.

They’ll either close the business, or sell it – we should expect to see a lot of what I like to call 'micro M&A' with smaller companies being merged, acquired or arranging a buy-in/buy-out.

And invoice or receivables finance is a potent way to fund those smaller M&A transactions.

Suppose you’re a business owner and you have a manager who wants to take over. Where do they get the funds to buy you out? A packaged finance deal can be set up to include invoice finance, plus financing against stock and equipment.

Consequence 3: A focus on B2B

The pandemic has shifted a huge amount of business to ecommerce – online retail, online classes, online worship, and so on.

In addition the supply chain has become a more important part of the value chain, and it’s grown significantly – we’re seeing this in how hard it is to buy a warehouse or van at the moment.

This is high growth in sectors like transport and logistics, always a hotspot for invoice finance.

Then there’s Brexit, which has brought about a reordering of the import/export sector in the UK. The small, nimble businesses have reacted fast, for example by opening new distribution centres within the European Union.

The theme is clear. There’s likely to be more B2B activity and a lot more invoices.

Consequence 4: Past performance isn’t a guide to the future

Millions of companies have been on a similar journey in the past two years. They had predictable success until Covid came, then some adapted well and some didn’t. Nobody could have predicted which would thrive and which would dive. So when it comes to the traditional risk assessment of looking over the past five years’ performance as an indicator of the next five, well, it’s out the window.

There’s a magic thing about invoice finance: you’re financing current revenue, rather than having to make a punt based on the past. If a company grows fast, it can be financed fast, based on its invoices. Historic performance needn’t be a critical factor in risk assessment.

A golden age, enabled by technology

This all amounts to a strong case for invoice finance over the next few years as a tool to enable SME growth. Arranging it could become almost as easy as arranging a business overdraft, for both borrower and lender, if lenders use technology to take out the legwork of assembling and analysing all the information that’s needed to validate and risk-assess applications.

The technology is increasingly available and proven – it’s what companies like Trade Ledger were set up to do.

I believe it does amount to a golden age for invoice finance. Now’s the time for banks and alternative lenders to open up this significant opportunity.

Conrad Ford is Chief Product Officer at Allica Bank, which was recently named by The Times newspaper as one of the UK’s Top 20 financial technology (fintech) firms. Allica is bringing relationship banking back to the UK’s established SMEs, using the latest technology. Previously Conrad founded Funding Options – a fintech named in the 2021 Financial Times FT1000 list of Europe’s fastest-growing firms - before stepping down as CEO in 2019. More recently, he has advised a number of the UK’s flagship fintechs, including Starling Bank, iwoca and Coconut. Conrad serves on the Advisory Board of Trade Ledger. 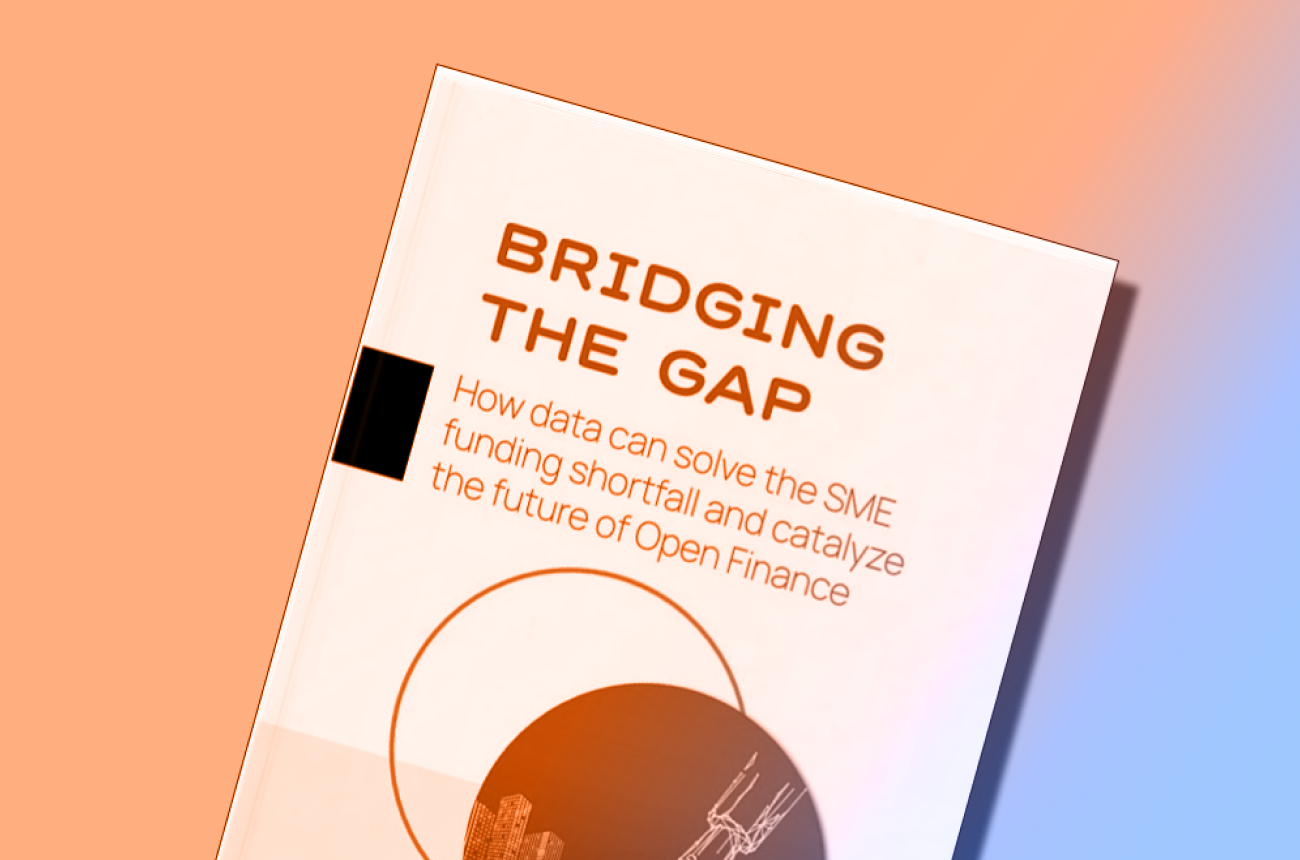 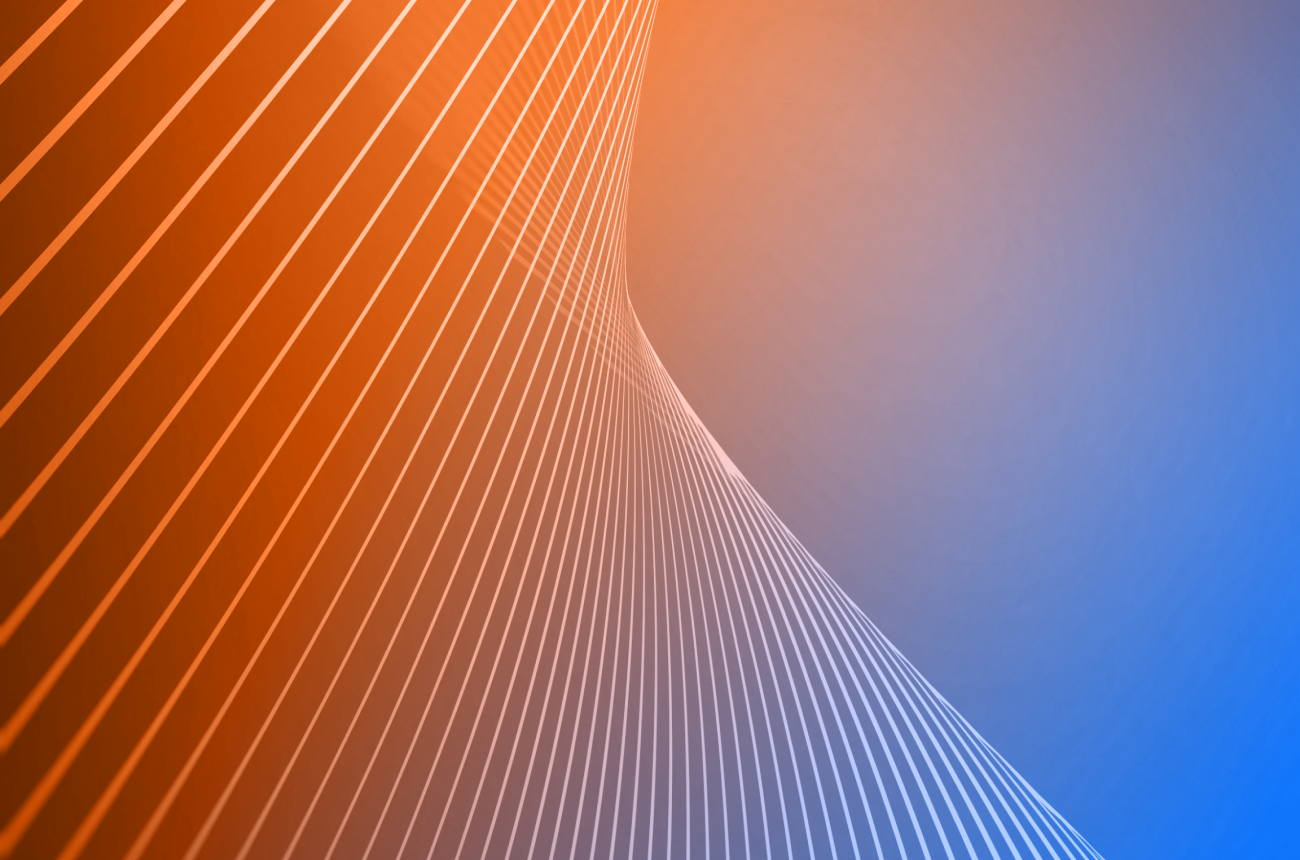 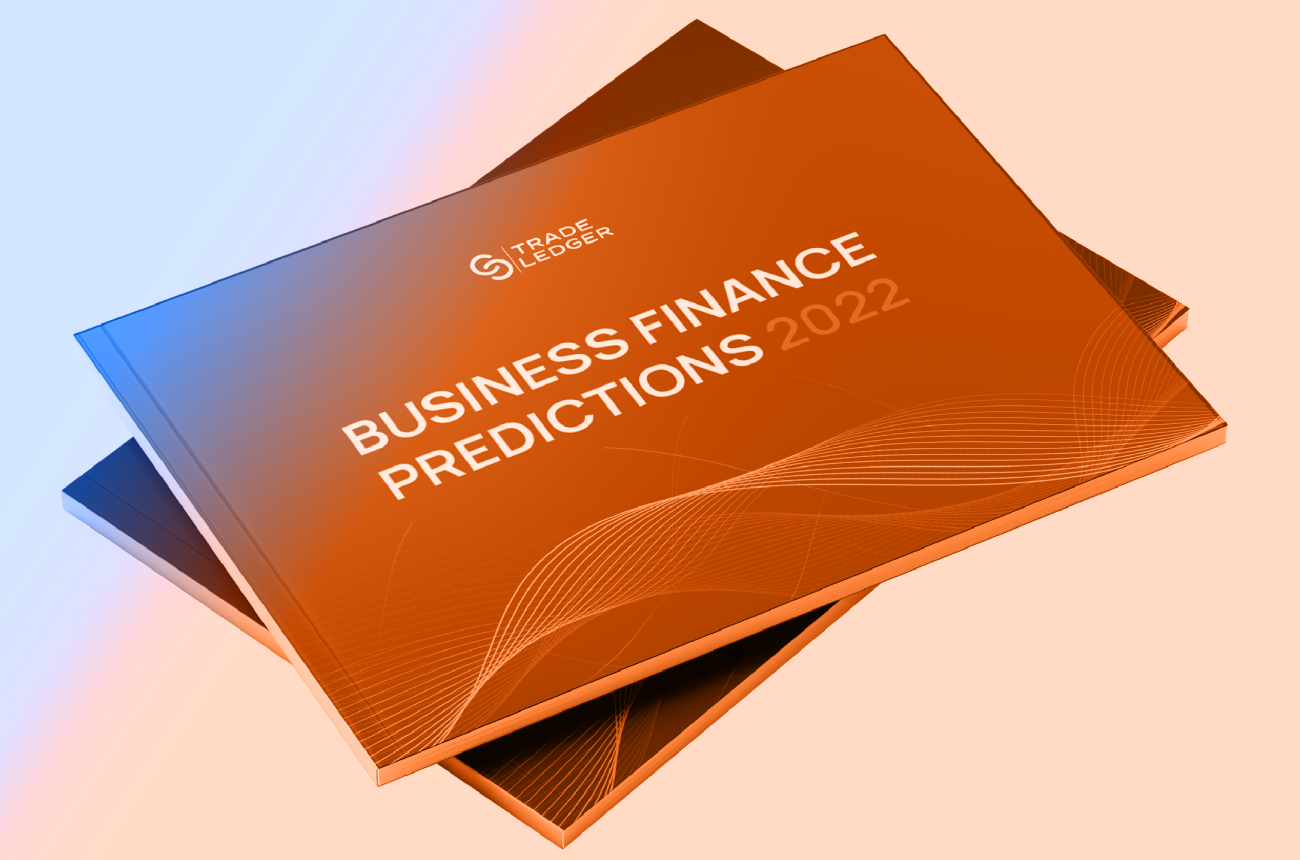